During the late 50’s there was a television series called the Naked City. Every episode opened with the tag-line, “There are nine million stories in the Naked City and this is one of them.”  Even from a young age, I recognized that everyone had their own story and set of circumstances and sincerely thought my experiences were not at all out of the ordinary. It was not until I found myself reflecting on my past that I was to discover that others were shocked about the mistreatment I had consistently faced during my childhood.

At first we were made to sit in front of the television in the living room for hours and hours a day. We were the first couch potatoes, before that term was fashionable.   This should have been every kids dream, but it was not mine. I wanted out. I wanted to run and jump and play. I did not want to waste me life in front of the TV, I wanted to make my life count for something but for what I did not know. We were made to watch TV all day and all night, into the wee hours mostly about 11 or 12pm. Adrian and I would sometimes doze off and if Selma caught us we were ridiculed.

When we got home from school, we were required to take up our posts in front of the TV until we went to bed. We even had pieces of carpet so we wouldn’t wear out the place where we sat. The timeframe was at the end of the 1950’s and the TV took a prominent position in the living room along with the sofas with the plastic covers.

When someone came in the front door there was a slight alcove with the living room off to the right that you looked into and there we were in plain sight. There was a family den that also had a TV where the rest of the family gathered together. Selma had worked out this separation early and the patterns were set.

During all of our time in front of the T.V. our legs had to be straight out and our feet would have to touch the T.V. Selma would say, so we could see. When David would get home from work, he’d come in the front door and he would always tell us, “You’ll go blind being so close to the T.V.” We dared not tell him that our stepmother, Selma, his lovely wife, told us exactly where and how to sit. This went on for a long time. I started closing one eye. If I did go blind, at least it would be in one eye and I could see with the other one.

Everyone was always comparing us to being bumps on a log. People entering the front door would see these two children in front of the TV. What would you think? Of course you would think they were lazy. When asked why we were always there, we were told by Selma to tell people to mind their own business and that we like to watch TV. What an evil woman Selma was. So we had to lie as there was no one to come to our defense.

After David had asked us once or twice about watching so much TV he then stopped asking. Selma would complain to him about ‘his children’ and eventually David must have had enough of Selma’s nagging because we got our own TV in our room.  Imagine that, we lived in a three TV house just like today with almost a TV in every room. That was really unheard of at the time. Now Adrian and I never had to come out of our room, we were now out of sight and out of most people’s mind.

Selma would tell us what channel to watch. For instance, she would say “watch two programs on this channel and then turn to Channel 9. When the family would go away on vacation or for a weekend or longer we were left with the TV guide with the channels circled.

It was so good to have some breathing room when Selma and the family were gone for even a short time.  I found myself looking forward to those times that Selma was not flying over us moment by moment.

We weren’t allowed to see any regular programs. We were made to watch movies about war, murder, crime or westerns, never comedies. We were not allowed to watch cartoons on Saturday mornings or anything we wanted. On Sunday nights the family would be gathered in the den around Walt Disney and the Jackie Gleason Show. I remember always wishing I could be there with them. They all seemed to be having fun and laughing and that was something Adrian and I were not allowed to do as we were confined to our room.

My one bit of commentary over the years from watching so much TV was that I found I learned manners and to have a good attitude later in life.  Nothing is perfect, but in the olden days of television there seemed to be more polite people with better attitudes and morals that didn’t reflect my current surroundings. There were more heroes to follow as role models than villains.  I guess it was easier to tell who the bad guy was because he had a black hat.

Sunday at the Movies, Downhill Racer and I Still Hate Baby Ruth Bars 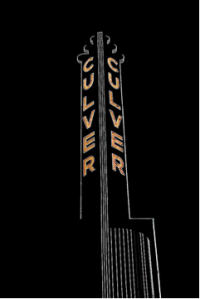 On most Sundays, my sister and I would walk 2 miles from West Los Angeles to Culver City to go to the movies. Again you might be saying what a life. Every Sunday going to the movies, I hated it. I did not mind the walk but I had two major resentments. First, I knew I was being gotten rid of and second; the rest of the family was going out somewhere fun together without us. Selma probably told David, that we demanded to go to the movies. After all why would the family want us to be with them?

Selma also made sure to give us a big Baby Ruth bar to eat in the movies. Boy did I hate Baby Ruth bars. [I still hate them].

When you bought your movie ticket in the past you could stay as long as you wanted. For Selma, it did not matter when the movie started or stopped or how many times we would watch it or even if we had seen it before. We would stay at the movie theater from about 3 until 9 o’clock at night. 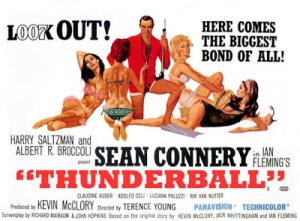 When Thunderball came out, one of the James Bond movies, it played for weeks and weeks but since that was the alternative to having us participate with the rest of the family and it was our babysitter and that was fine. Our feelings simply did not matter and were not in the least considered.

When we went to the movies we were instructed to sit in different parts of the theater, never together. Every once in a very long time our small interior world would come into contact with the larger world. There was a movie playing called Downhill Racer and during the movie there were three young, black teens that were being very rowdy. The small usher was afraid to ask them to be quiet. They happened to take seats behind my sister and proceeded to bother her. One took his hand and hit her in the head. I was up on my feet before my mind kicked in and I ran up and told them to leave my sister alone. The ring leader came up to me and punched me in the nose. He had a big ring on and it left its imprint. Then he and his two friends walked up the isle and in loud voices stated they did not like the environment and left the theater. When Selma picked us up we told her what happened and I cannot remember her exact words but it was something like, next time mind your own business. David, my father, never was told and life went on as usual. I had a very flat nose with a flat bridge going across.

Years and years later my nose was again broken, this time by accident and I had to have the damage repaired. I did not know what that operation entailed and I looked like I had been in a war. Suddenly I could breathe through my nose but I could also smell. Wow a whole new world opened up, I did not have any idea what I was missing.

Each Sunday, around 9:00 PM, Adrian and I were  instructed to leave the theater and wait outside until Selma arrived to pick us up.  She would usually be late and always have hamburgers, fries and a coke or a shake. As she would drive us home and we were forced to gobble our meal down before we arrived. We were never given the option of enjoying our food; rather we were forced to stuff it in as quickly as possible. Selma would then throw the paper bags and trash out the car window. I remembered wishing a policeman would spot her in the act, pull her over and give her a ticket. But that never happened.