James with his fellow members Russ, Jim, and Bruce in 1976.

Jim, one of James’ former District leaders called and asked him to be at a meeting where his presence would act as a show of support. This friend had worked for the Buddhist organization as a paid employee and knew what had transpired behind closed doors. Several youth division leaders walked into the North American Headquarters to confront the leadership. After the morning prayers (chanting) ended, the former employee stood up and started to ask questions about the organization’s finances.

These questions were not received well and several leaders started swearing, others interrupting and saying let him finish, words were exchanged and shouting ensued. The group Jim had led decided they were not getting anywhere and departed without any sense of satisfaction.

A short time later James received a call from the head of the organization department who happened to be one of his friends. He then suggested to James to tell the group to lay low and remain out of sight. When James asked why he was told that two other staff were overheard “Let’s get our 357 Magnum and blow these guys away.” They asked themselves, how could this happen in a nice peaceful Buddhist organization?

Many years later James confronted one of the leaders and asked if he had made that threat and he confirmed that he had planned to do so, later his wife held a gun to his head and said he’d better get ahold of his anger or he’d find himself dead. He decided to take her advice.

At this time our little bouncing boy was six months old and an opportunity came up for James to go to Japan. There was also time for James to extend his plans to go to the head temple and speak directly with the priests. He was studying landscape architecture at UCLA extension and was able to tour with a study group from UCLA extension which would travel to various gardens and sites.

James had planned after the tour to then travel on alone to the foot of Mt. Fuji to visit the main temple of Nichiren Shoshu Buddhism. This was a time that our Buddhist faith was being tested.

The group was on tour for about 12 days when they came to the castle at Himeji. If you have ever read the book or seen the movie Shogun, it was filmed on this site. The group arrived by train and James had finished playing with some local children a game, rock, paper, scissors. As he was about to get off the train a young man sitting some rows behind him handed him an origami paper bird and said in perfect English, “Beware of the winds of Himeji.” They exchanged business cards and in the next moment the bullet train sped away. James proceeded to take the castle tour then back to the train station. In the back of James’ mind he reflected on this warning.

During the tour there was a violent wind and the Jacaranda trees where blowing everywhere, but the time was relatively uneventful. As the group was preparing to re-board the rain, James was bending down to put something into his bag and someone yelled at him in Japanese. As he turned to look, a two hundred pound sign fell on his back and knocked him to the ground. The wind had come into the train station from the opening in the roof where the old steam engines let out the smoke. The sign had been tied down usually, but this time it was not, and even that weight was not a match for the winds. The officials did not want to cause a scene so they called for a taxi to take James to a hospital. The tour group went on and only one member from the tour stayed behind with James. Thank you Tori for your invaluable help.

It is a frightening thing being alone in a foreign county not speaking the language and being injured. James went into shock and was not thinking clearly. He was taken to two hospitals and then went on a train to rejoin the tour in the major city of Kyoto. As he was being accompanied by an official of the government owned transportation entity, they tried on several occasions to test him to see if he was faking and there was talk of a bribe. The American Consulate told James not to take any money; even if it was called a gift it would be taken as everything was now settled. So when the large envelope stuffed with money was pushed across the table, James pushed it back. 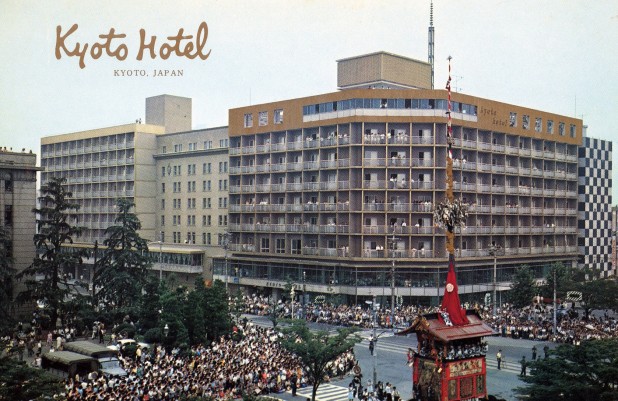 James called me and his first words were he was okay but…… He then proceeded to tell me of his ordeal. I also told him of the assassination attempt on President Reagan that had just happened as well. It was very uncomfortable being at home taking care of our new baby and having your husband injured in a foreign country. I felt very helpless and chanted a great deal. 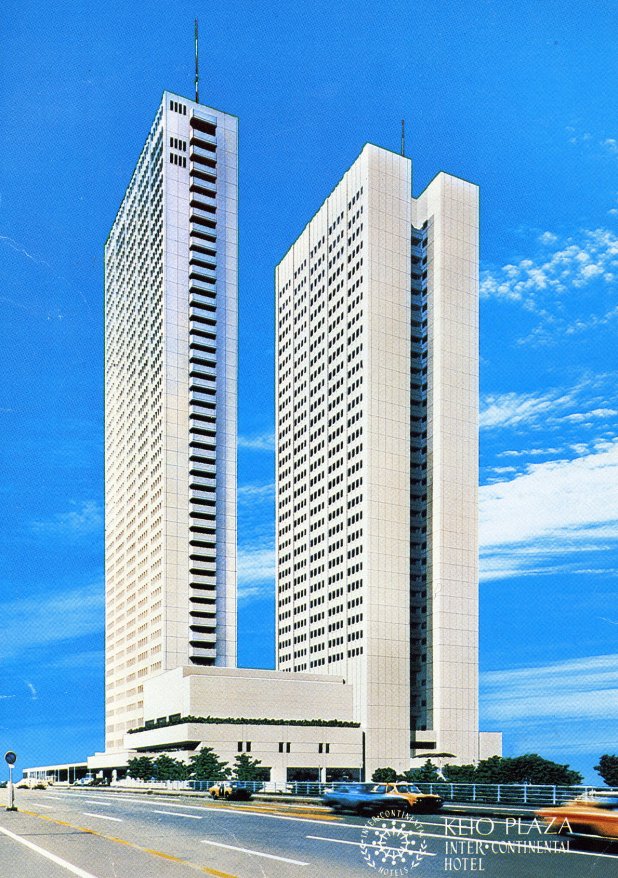 James had budgeted his money to make it stretch. At the close of the tour he would be staying at very small hotels and hostels to save money. After his injury he was taken to one of the most expensive hotels in Tokyo, the Keio Plaza and told not to worry about the bill.

As he was checking out they wanted him to pay the bill himself. This was one of many incidents that happened to James. He did not go on his pilgrimage to the head temple but came home in a wheel chair. To this day we are thankful that he can walk and yet he still experiences numbness and tingling. 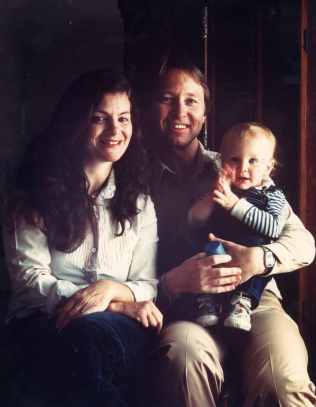 James, our son Eric, and I. Photo by Chris Casler.

We were glad to be back together, but this was just the beginning of an intensive search that would last for the next 3 years. This involved going to different workshops-Erhardt Seminar Training, Creative Personal Interaction, New Trust Network, Essential Experience with David Crump who worked with , Sexual Self Expression, Communication teams for Stewart Emery, visiting ashrams, hanging out at the Muktananda ashram in Santa Monica, designing a center for Rajneesh, Yoga at 3HO Happy Healthy Holy Yogi Bhajan’s Center, Insight Meditation, Rebirthing, crystals, astrology, charts, palm reading, spirit guides, a séance, New Age workshops, deep tissue work, acupuncture, and even Amway.