I Was Just Let Out of Jail

Shortly after I had turned 18 Selma came in to my room and said I was to pack my things and accompany her to the store. I did not know what was happening. I waited in the car while she went into the store, a normal course of events. Adrian and I would never go into any store with her as that was a privilege exclusively reserved for her biological family members. Soon after she emerged with a bag of groceries. Then we drove up to a small apartment building in West Los Angeles. We walked into an apartment and Selma matter of factly announced that this was my new home. I was officially moved out of my house and I was to live here, work and pay my own rent. Then she left. Her legal responsibility as far as she was concerned was done. I was stunned. I sat down and reflected on what had just transpired. I was just let out of jail. I could do anything I wanted to do at anytime, without any limits or having anyone there telling me what to do. I would no longer have Selma buzzing around me rattling off  her biting commentary. All I could think of was freedom! I was free. Free at last!

Selma’s responsibility had ended and that was that. Sadly, I was not even given the opportunity to say good bye to my father, let alone the rest of the family. A family that I was not to see for another nineteen years.

I was now able to have a normal life. I could do whatever I wanted; I was still trying to grasp this amazing situation. I thought, wow, I can stay out to all hours of the night or get another job or eat whatever or whenever I wanted. I remember taking $20 and going to a store called Newberry’s. It was a five and dime store where I bought so many things I felt very wealthy. It did take some time for Selma’s evil eye to wear off. Was she still watching? (Even to this day my husband said he sees Selma’s handprint on me from time to time.)

I started doing more and more activities and traveling. I met so many new friends and started to enjoy my life. At one time I had five boyfriends and all kinds of friends. I still worked for the phone company and was moving up in the ranks. Unlike many other Buddhist members, I seemed to be the most stable person I knew as  members around me floated from job to job quite frequently.

I don’t remember the exact time I purchased my first toothbrush, but I do remember that I had a terrible time with my hygiene. At the phone company I had a supervisor that took an interest in me. She told me I needed to take care of myself and at first I had no idea where to begin. For so long I was simply fighting for my own survival. Now I was throwing all my effort into working for world peace, so it was difficult to take time to look at myself. I was brought up that I did not matter, so I thought, “Why should my appearance matter?” It was very difficult for me to get my mind around it. It was seared in my conscience and was burned into my self-image through psychological abuse and now I was attempting to unlearn these terrible lessons. To this day the residual imprint remains in my subconscious and is difficult at times to resolve directly.

I went from a clerk’s position to a customer service representative and had a lot of fun as I liked most of the customers and got along well with the staff. I then volunteered to go out into the public office to meet with customers that walked in off the street. By this time I had a lot of face to face experience with people I developed while  doing Buddhist evangelism (called Shakubuku) on the streets of Los Angeles.

I had some interesting experiences working in Santa Monica, California. One customer would always come in wearing a leopard loin cloth only, this was before the day when you’d read the sign in the window, “No shoes, no shirt, no service.”  Often customers would come in because they were so upset with their bill or their phones. On occasions customers would carry their phones in as weapons. I would take care of them as I was used to dealing with difficult personalities. That office handled some big movie stars and occasionally we would serve them. Before our previous California Governor Schwarzenegger made it big in the movies, he would come in simply as “Arnold.” We were very upbeat and a happy group usually.

Playing at work for an event

At one point I even trained to be a lineman, but was afraid of climbing a pole, so I decided to work in the switchroom instead.

We had a lot of fun at GTE as you can see.

I had the opportunity to travel to Japan, to New York and Denver for conventions and other cities for large meetings. This was my passport picture two years after leaving my former life. Notice the broken flattened nose.

My broken flattened nose from the incident at Downhill Racer.

Showing off my Sho Hondo Medallion.

October 1972 Sho Hondo Opening Ceremony. I hated the uniforms with a passion, but here I am anyway smiling as part of the Young Women’s Division Fife and Drum Corps Drill Team.

Each convention had a different theme, this was the cowboy/girl in Denver in 1974.

I was rising in the organization and became a senior leader. I know that sounds very important but I was kept very busy for, after all, the nature of a movement is to keep you engaged so you did not have to think much. From my years of bondage that fit right in.

I longed for a goal, a noble goal and I envisioned that I was part of a larger group that was working toward world peace. I had usually about 7 to 10 young women who were called my members. I would be responsible for them to get to meetings and to grow them in the organization.  I lived in Santa Monica and while most of the meetings were nearby, I would drive nearly an hour to the San Fernando Valley pick up the girls, drive to Santa Monica.  After the meetings I would take them home and return back to my apartment. I did a lot of driving or chauffeuring of my members. But I did not mind as they were my family now and I enjoyed being around people and working toward a cause.

I would do activities about 7 times a week. This consisted of gathering at a location and going out in a group, getting people off the street to come back with us. It was exciting and the adrenalin would pump us up, especially if someone was brave enough to comeback with us. Then we would have a discussion meeting.

The meeting was really not a discussion it consisted of people racing up to the front to give their testimony, singing weird songs and then the leader would talk. If the guest ever had a question they would get what seemed to me a long winded speech and then be asked to join the organization. These activities would then repeat themselves until late at night. Now I could stay out as late as I wanted. Yes it was hard to get up the next day for work, but I felt I was living my life to the fullest.

Early glamour shot with one of my only ‘old school friends’ Lynn.

Santa Monica Beach and the building in the background was the headquarters for all North America.

I have had these two images for a very long time….

There were monthly gatherings for all the membership to come together.

Some of my fellow members at a house meeting

Me with a wig

….are they from you Kurt Triffit??

My sis, Adrian and Lynn

My roommates Kafia and Josephine.

I also went to drill team practice weekly and we would perform at many venues, sometimes at museums, Dodger Stadium or for large meetings. Looking back everything was a photo opportunity. Here I’m part of the Koteketai Drill Team at the Los Angeles County Museum of Art. 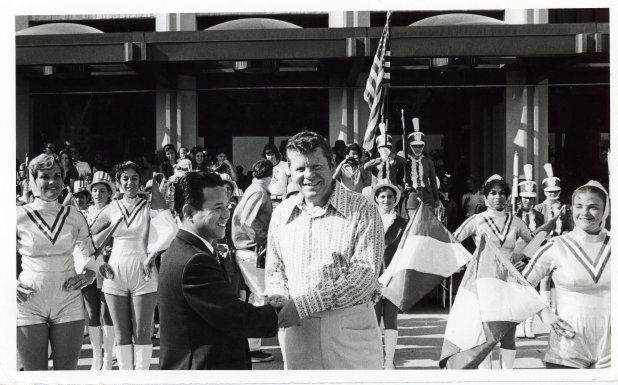 During a Parade in San Diego. 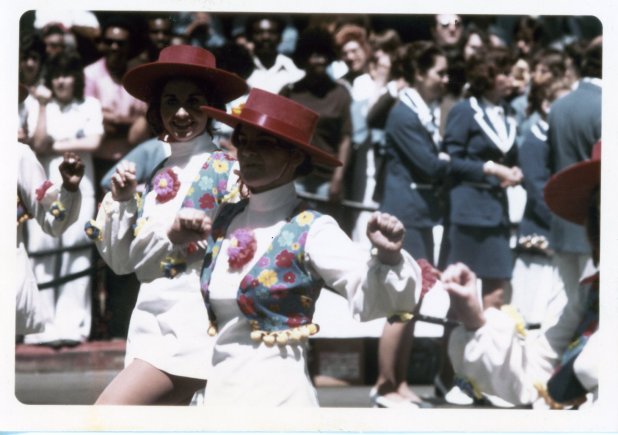 After I had moved out and was totally involved with Buddhist activities. One morning I was riding my bike to a meeting and a car pulled to the side of me and a man asked for directions. All of a sudden he was out of the car and grabbed me and had an object at my throat and forced me into his car. It was a busy road and I wondered why no one saw this. He drove to a location and told me to keep my eyes closed. The next thing I knew was I was in an apartment being raped constantly. The walls must have been thin as I could hear someone taking a bath next door.  I felt I was in an altered state. 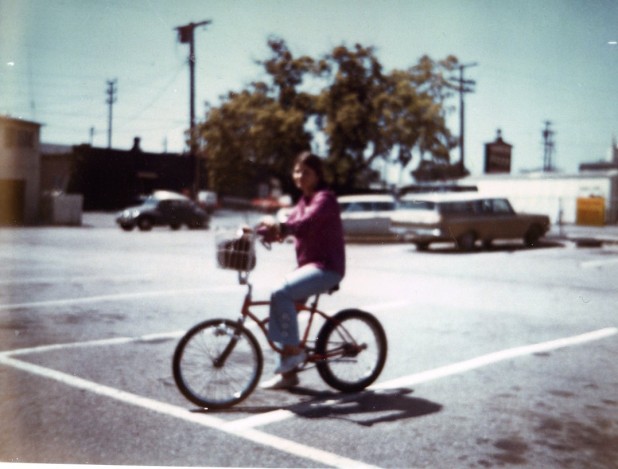 As I was a Buddhist missionary I shared Buddhism with him and made friends. I found out he had just gotten out of prison. I did not ask what he had done. I have blocked out some of the details, talk about the Stockholm syndrome, but I went with him to his parole officer as his girlfriend. Later I took him back to my apartment and he saw where I lived and he left. I called my Buddhist leader and told him what happened and his response was, I know this is a serious situation, but next time don’t call me on Sunday. The leader also told me not to have anything to do with the man again. The man did come to my door again later and I told him not to come back. He went away and did not come back. I knew I was very lucky that I was alive as the situation could have turned out very differently.

It was interesting to me when I reflected on how I felt.  I knew I was not worth much. Selma had done her work so it was not a big deal that I was not looking for a knight in shining armor. All these things just verified that my situation was true.